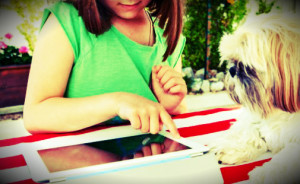 At the beginning of the year, we love nothing more than to indulge in a bit of future-gazing. Which trends and innovations are likely to gain momentum in the months ahead? What’s in store for publishers, educators and readers? Below are the fruits of our speculation – our top seven predictions for education and scholarly publishing in 2015. Unsurprisingly, technology takes centre stage.

Edtech is a subject we’ve touched on already in this blog – and no wonder. Arguably the most exciting development area in the industry, the intersection between education and technology is evolving at incredible speed. Check out our two blogs on this burgeoning business, which explore exciting collaborations between tech talent and publishing giants Pearsonand OUP, respectively. What’s next, we wonder? We’ll have to wait and see.

Recent changes to the national curriculum have resulted in a glut of new publishing at GCSE and A-Level. The new version, which involves less standardised assessment, offers schools a refreshing amount of freedom when it comes to choosing teaching resources. All this amounts to a more open and competitive market for publishers. Interestingly, though digital is certainly a growth area, much of this new publishing will be in print.

In praise of HTML5

In its newest form, the mark-up language that underpins the Internet looks set to revolutionise publishing. Not only does this clever document format promise a streamlined workflow – increasing efficiency and saving money – but, in supporting the latest tech trends, it’s shaping up to be the most exciting and intuitive way of producing digital content ever – particularly ePubs, which are built using the language. Great news for education and scholarly publishers, who are in for a big ePub year (see below).

After years of fierce debate between academics, publishers, researchers, libraries and educational institutions on how best to manage open access (or OA, as it’s more commonly known), the world is finally getting to gripswith the model – particularly the economics of it. With this in mind, 2015 is likely to see publishers embrace OA and, with the rise of mega journals and the online communities that support them, an improved peer-review process seems inevitable.

Apple’s recent release of iOS 8 hailed a new era in education publishing. Why? Because amidst its array of flashy new features came a pre-installed version of the brand’s signature eBook app – iBooks. The move has made access to interactive non-fiction content, for which iBooks is best known, easier than ever. No surprise, then, that educational publishers are exploiting this exciting platform like never before.

Thanks to the power and reach of digital technology, publishing has become one of the most democratic industries around – as the eBook self-publishing boom of recent years so vividly attests. Content is now more accessible and shareable than ever. It’s a trend that’s here to stay, in every category from trade fiction to academic publishing – with many authors balancing their “indie” output alongside traditional publishing deals.

With more pressure than ever on publishers, the outsourcing of production – which often involves using an offshore company – has become par for the course. This very practical response to a highly pressurised publishing climate has been gathering pace over the last few years, and looks set to continue in the coming months – especially for academic publishers, who are feeling the squeeze acutely.

Do you have a hunch about what lies ahead for education and academic publishing? Let us know your thoughts below, or on Facebook or Twitter.

Thanks to lrs08e for the image.