Out of House title a “book of the year” 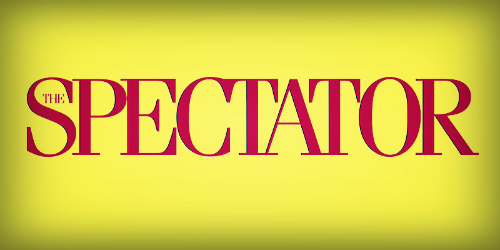 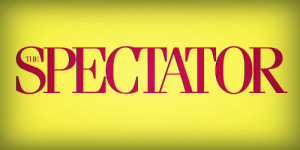 The Spectator is a British institution. The right-leaning weekly magazine, which has been in continuous circulation since 1828, is a fixture in British cultural life. Popular, original and bold, the publication is – for many people – the go-to place for interesting insights on politics and the arts. It’s fantastic news, then, that a book we produced last year for non-fiction publisher I.B.Tauris was cherry-picked to appear in The Spectator’s recommended reads of 2015.

In early 2014, the team here at Out of House managed the production of a brand-new title for London-based reference publisher I.B.Tauris; the title in question was The New Emperors: Power and the Princelings in China, which was published last summer.

Written by Kerry Brown, Director of the China Studies Centre at the University of Sydney and former head of the Asia Programme at Chatham House, this fascinating book profiles the men who run the world’s newest superpower – those at the upper echelons of the Communist Party of China. It’s a truly accessible, eye-opening examination of the power struggles that define elite politics in China.

The main thrust of the book was summed up brilliantly in The Guardian: “Brown unpicks the mind-numbing complexity of China’s power game, riven as it is by competing interests, regional and factional loyalties, and the pursuit of the pharaonic wealth that is the prize for the few who make it.”

Unsurprisingly, given its incredible insight into an otherwise secret world, Kerry Brown’s groundbreaking book has received plaudits left, right and centre, in everything from The Spectator to Britain’s bestselling broadsheets.

In The Spectator’s 2015 books feature, China expert Jonathan Mirsky recommends Brown’s book as a must-read title of the year: “Brown, who was once at the Foreign Office, has written the best study I know of the ‘ruthlessly successful multinational corporation’ that is the Communist party of China, and its leaders, whose money, contacts, relatives and women have propelled them to the top.”

Trade titles at Out of House

Our work with I.B.Tauris – an independent trade publisher known for its distinctive reference list – marks a slight departure for the Out of House team. Since opening for business in 2007, we’ve occupied a niche in packaging Education and Academic titles. But in the last year or so, we’ve broadened our scope to include more trade titles, managing a total of 14 books for I.B.Tauris in the past year alone.

Our diverse portfolio in this category includes such compelling, relevant titles as Land of the Turquoise Mountains: Journeys Across Iran, Boko Haram: Inside Nigeria’s Unholy War to Brexit: How Britain Will Leave Europe (this last title comes out at the end of this month).

And we’re starting 2015 as we mean to go on: by building up this relatively new trade list alongside our more established programme. We’re very well placed to respond to the unique pressures of this kind of work, with its fast turnaround times and stringent quality control.

Have you read The New Emperors? If not, be sure to add it to your 2015 reading list – let us know your thoughts below, or on Facebook or Twitter.