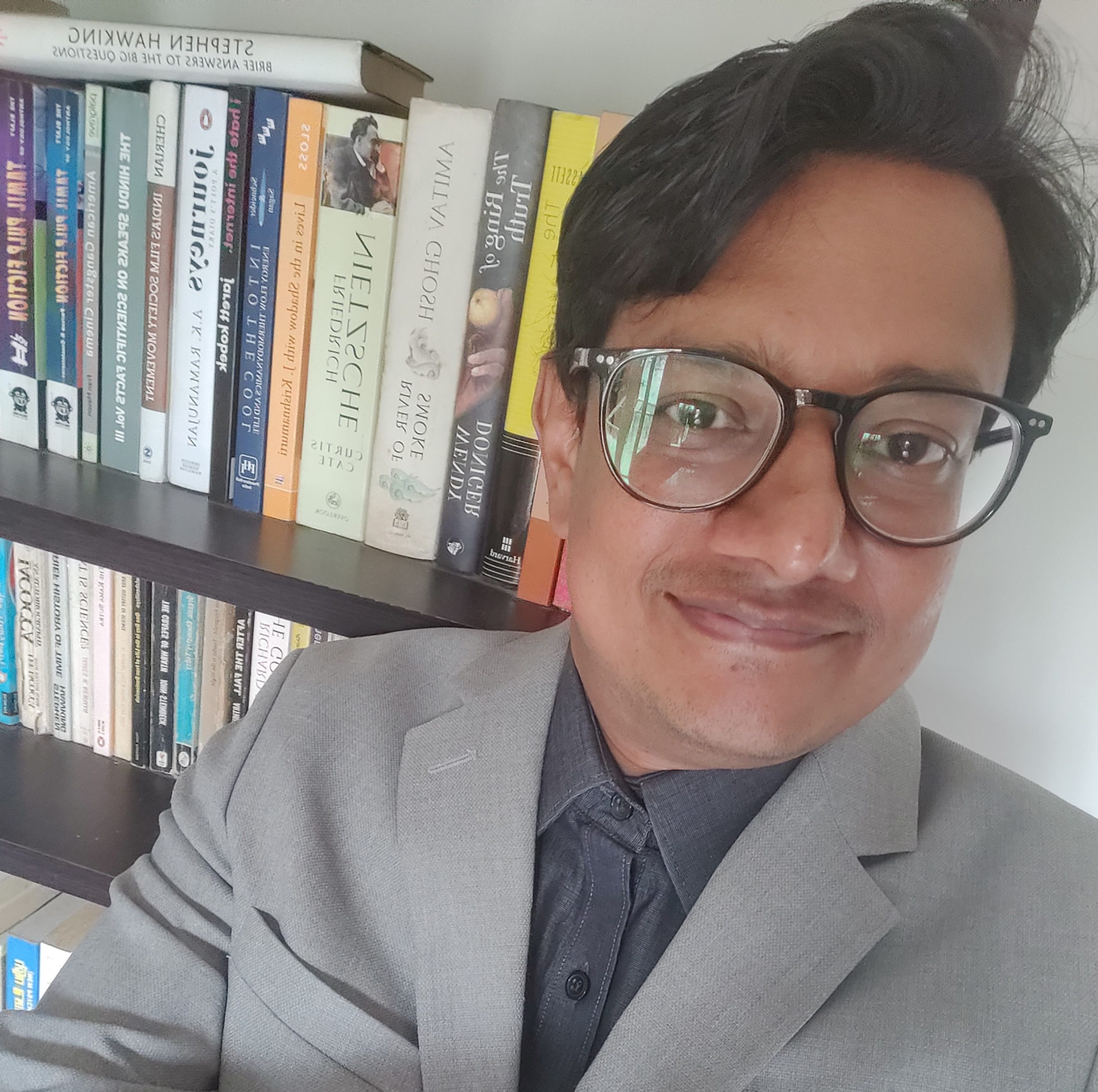 Insanely enthralled, was I

upon hearing an elegant rendition of his song,

Bear with my jabber, I entreat you

as the allure of the lyrical words intensifies,

and makes a feeding calf stop to listen to it.

Theroor, a picturesque village in Kanniyakumari District, is eight kilometers from Nagercoil on the way to Kanniyakumari. Along with the Suchindram Lake, the Theroor Lake serves as a bird sanctuary for migratory birds that come all the way from Siberia. One of the famous sons of Theroor was Desika Vinayagam Pillai (1876–1954), a poet noted for children’s, nationalistic, and devotional songs and poems. He worked as a teacher of Tamil in a school in Kottar, Nagercoil, and later as a professor of Tamil in Thiruvananthapuram. In 1940 the Tamil Sangam at its 7th annual conference held at Madras honored Desika Vinayagam Pillai with the title “Kavimani”. He also translated Edwin Arnold’s Light of Asia and Omar Khayyam’s Rubbaiyat into Tamil. The library, established in 1956, in Theroor is named after him. He was commemorated on a stamp issued by the Indian Postal Service in 2005. Recently, the government announced to expand the memorial and the library at a cost of 1 crore.

During the summer, our family used to take a 13-hour bus ride to Theroor, our native village, where our grandparents lived. Sometimes, cousins along with their families would join us in Theroor. The mornings would be spent lazing around, playing cards, or running off to the brook nearby, fed from the lake that nourished the major crop in the village – paddy. Bathing in the brook was something we all looked forward to because we were allowed to go unchaperoned. Bathing in the lake was a different matter altogether, regulated under strict supervision – not only the moss-ridden steps on the lake were slippery but the lake was too deep for no one of us could swim.I, in particular, used to eagerly await the afternoons because after lunch I was allowed to go to the library. Kumaresa Pillai, the librarian, was an old but active man, a friend of my grandfather’s, and who had, from my distinct memory of him, thick iron-like arms. The reading hall was huge for a village library, and one could see a few people at the reading desks with newspapers. A passage from the librarian’s room lead to another room where the books were arranged on both wooden and metal racks. The library contained around 10,000 books. I mostly read children’s books but would pore over collections of the Illustrated Weekly of India in thick binders. Books for borrowing were not allowed, but Kumaresa Pillai made an exception for me after duly noting down the books borrowed in a notebook. Sometimes I returned the books the next year when I returned for the summer. A few I never returned although I don’t remember which books these were.

My grandparents died a long time back and so did Kumaresa Pillai, but I still visit Theroor occasionally. But whenever I visit, I always go see the library. I don’t know who the current librarian is, but my love for reading started here. I hope to pass on this fondness for reading to my children, but who knows what path lays ahead for them in their world of reading devices and apps!